Why does the recovery in the developed world not translate into the growth of the developing world?

Short Answer: the recovery in the developed does not mean the recovery of their demand for imported goods. A, rather old, report from the UNCTAD provides us with a very intuitive graph. The positive associations between the growth of the North and the growth of exports of the South (which is considered a major conduit for their desperately needed growth) had disappeared in the 2012-3 when the recession took finally took its toll.

Analysts should (and must) have known this coming because this shift had a long way to come; and yet, not much of preparedness have we witnessed. Indeed, the disastrous Hanjin bankruptcy would have been negated, if not avoided, if this sort of intuition was reflected in policymaking. 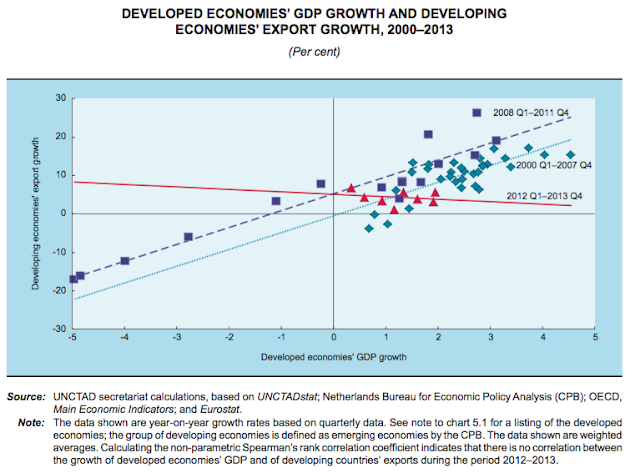